The store will not work correctly in the case when cookies are disabled.
All of our motorcycle clothing is CE certified
Posted in: Athletes & Ambassadors

From Climbing Proverbial Mountains to Climbing an Actual One

After recurring dreams of making the near-vertical climb up a mountain and straight into the clouds, Spanish REV’IT! rider Pol Tarrés had no choice but to take action and make that dream come true once and for all. In as little as three months, those prophetic dreams would come to life.
Crossing Fingers for the Climb of Climbs

All inherent challenges aside, excavating a few weeks of free time from under in Pol’s overflown racing calendar was a proverbial mountain to climb in its own regard. Actually heading off, with no experience in climbing mountains on two wheels or dealing with the ordeal of high-altitude riding, was another altogether. And even if Pol himself somehow managed to be physically up to it, the engineer in charge of setting up the fueling for Pol’s Yamaha just did not see it happen.

In dealing with the thin air of the upper regions of the troposphere, the engine would literally be running out of air. “No way”, he’d said. Clearly, pure skill alone wasn’t going to cut it on this climb of climbs, so the team were crossing their fingers, hoping to strike a streak of luck. They were going to need it. 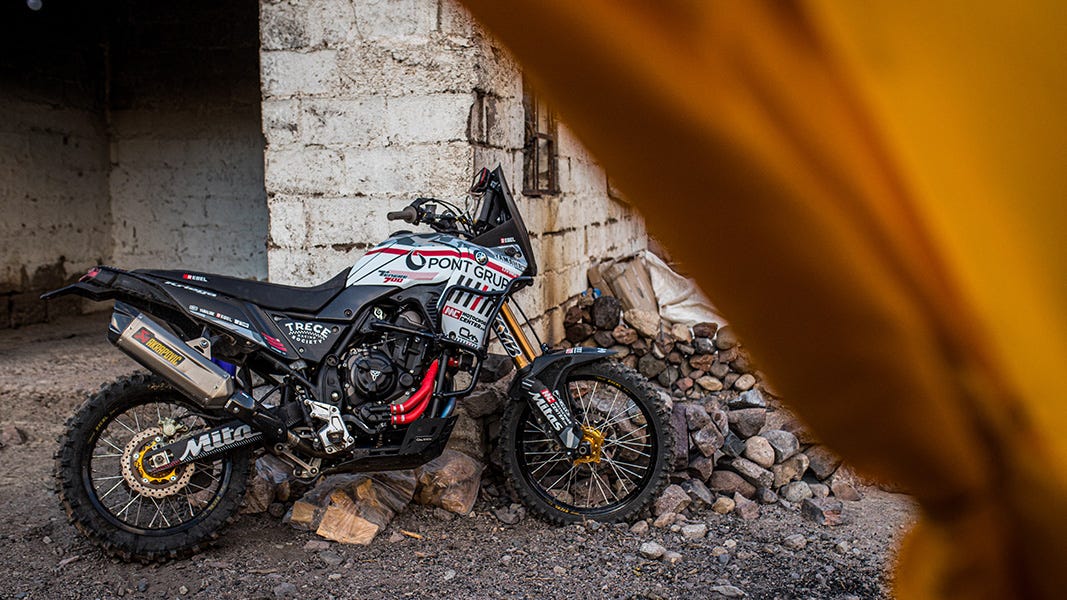 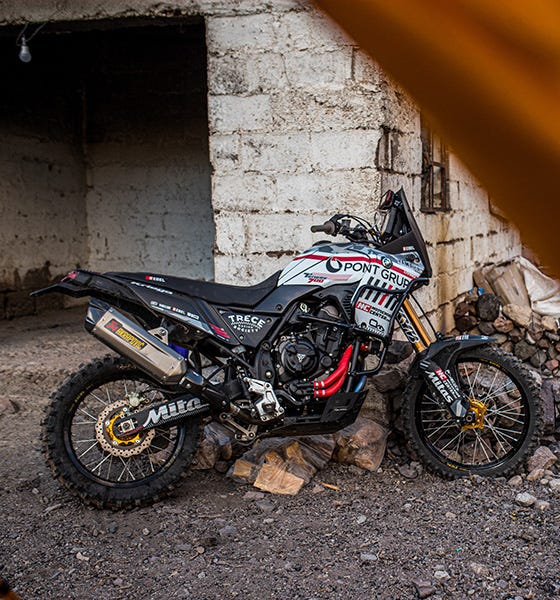 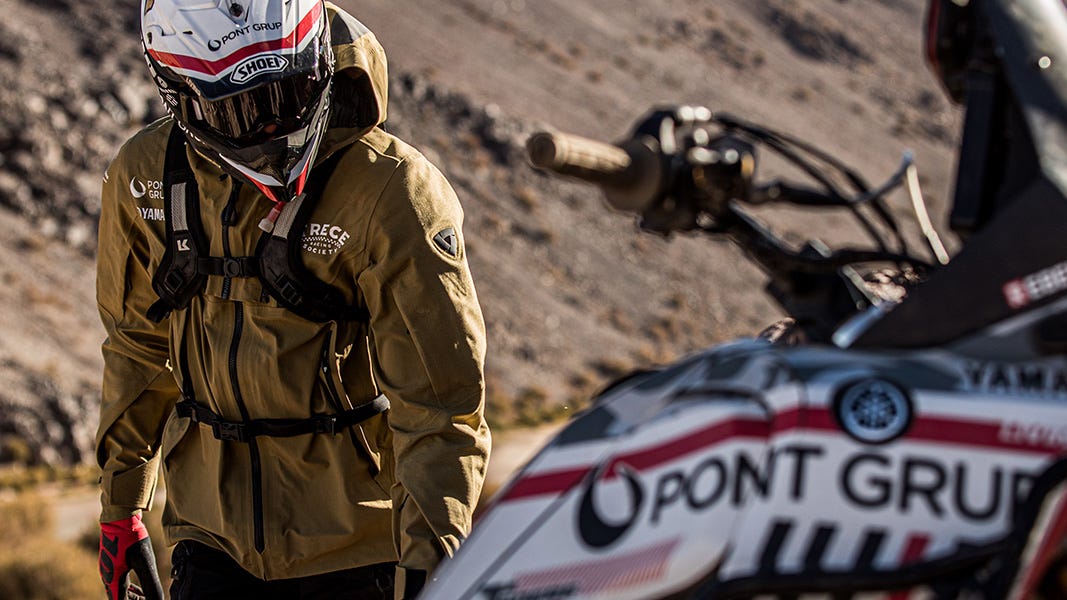 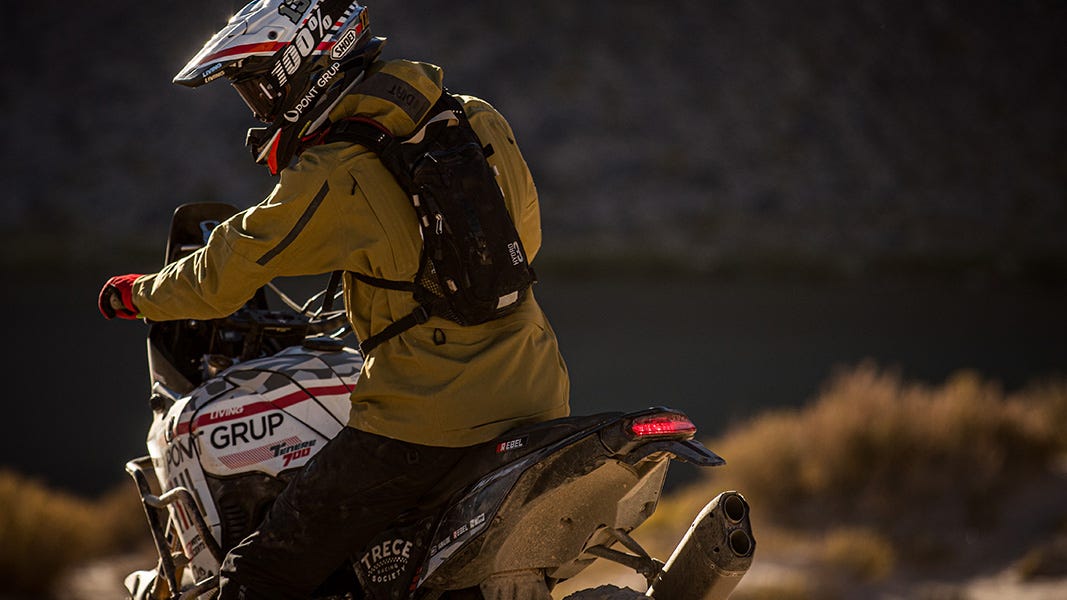 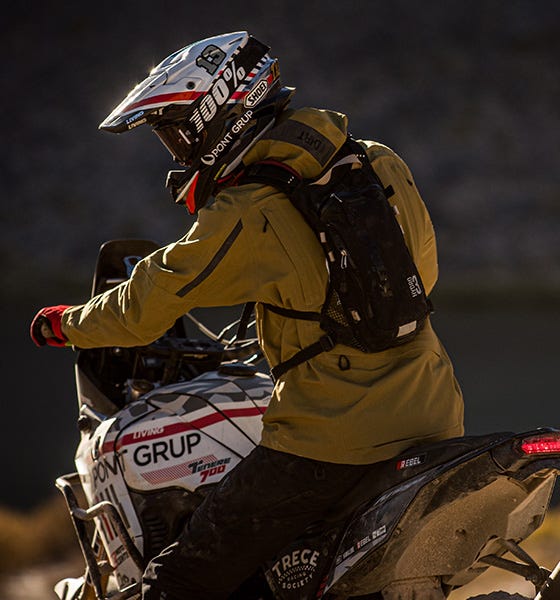 Sticking to his obsession with taking the roads less travelled, Pol took to the Andes’ Mercedario mountain. Previous two-wheeled high-altitude records had almost invariably been aimed at the more ‘easily’ accessible Ojo del Salado volcano. “The main purpose of our expedition was to test the bike and the rider in the toughest conditions possible, going Alpine style all the way. On the 12th of March, I took off from the base camp 3,000 meters high, did ten kilometers and slept at the intermediate camp at 4,500 meters.

On the fourteenth, I touched the highest point ever reached on a twin-cylinder bike at an altitude of 6,157.5 meters. When I finally got a radio connection, I told my team that I won’t be able to continue. I could tell they stopped breathing. They’d never heard me say ‘I can’t’. The rocky monster literally ate my tire and that was it,” Pol laughed. “But for the rest, after many gnarly sections I broke through till that point, I knew I could make it to the top. Top or not, we did something gigantic!”

“I told my team that I won’t be able to continue. They’d never heard me say ‘I can’t’.”
“Sweating but Freezing”

One of the biggest question marks on this adventure was going to be Pol’s body, and how it would cope with the inherent challenges of simply being at high altitude. Not to mention doing the kind of things we all know and love Pol for. Pol explains, making it sound much less daunting than it really was: “Sure, I got tired from the lack of oxygen and while pushing the bike in the wall. I burned 20,000 calories each day. After 5,000 meters the temperatures dropped as low as minus twenty degrees. I was sweating but freezing.

But then breathtaking views revealed themselves which I can’t describe. I’ve never felt so small in my whole life. Out there you are nothing. Being very mindful about every move, I forgot about the cold, thirst, and the pressure of not making a mistake. But truth is, the bike suffered much more than I did. With all my riding and mechanical knowledge, I would never imagine a bike could resist so much. Of course, we had changed the configuration of injection mapping – from the standard 5,500 to 8,000 meters, but for the rest, we just left the bike as it was.” 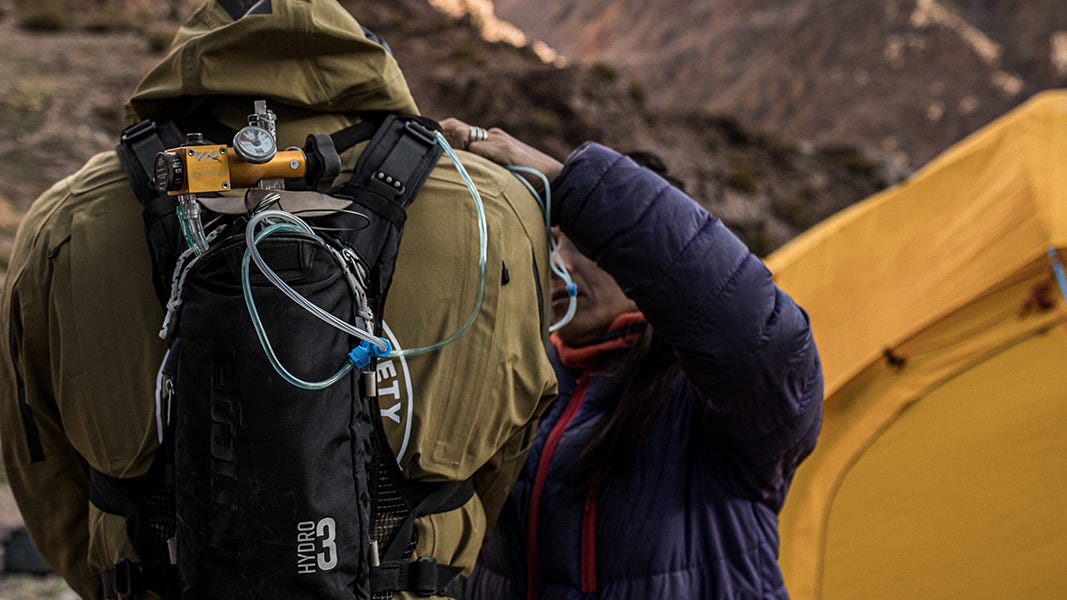 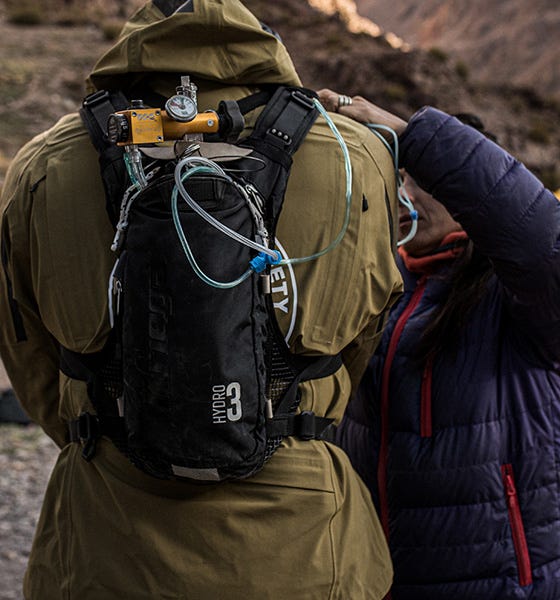 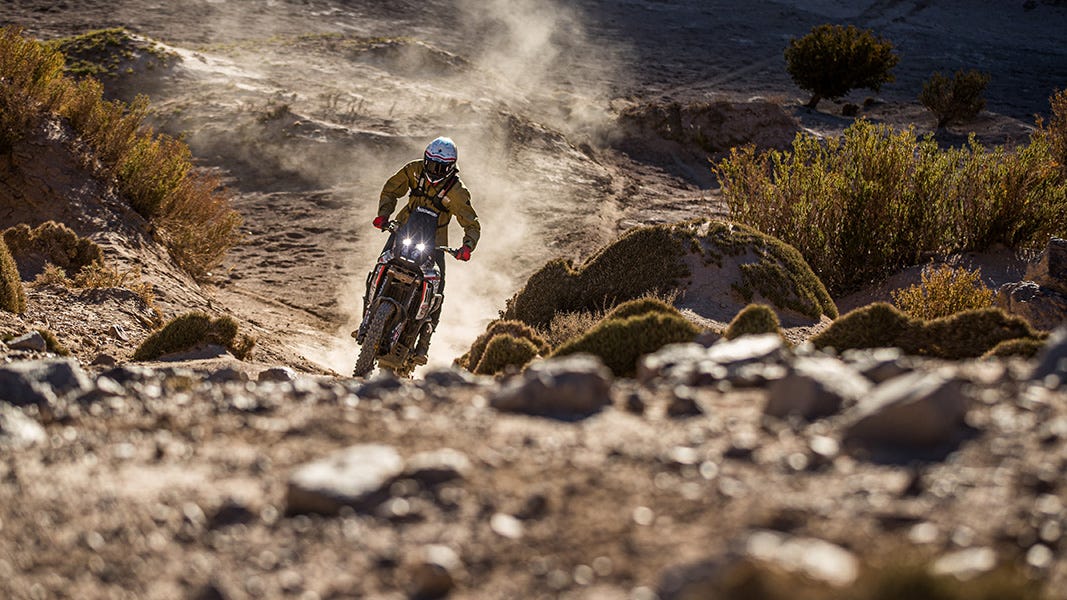 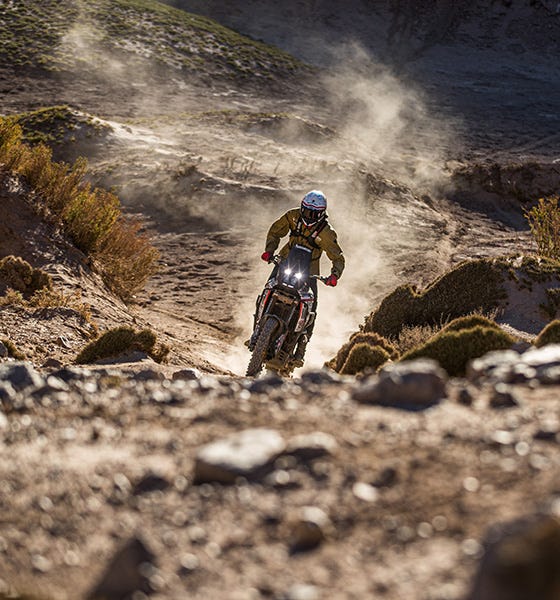 If anything, this first go at setting a high-altitude record didn’t just prove Pol was simply born ready; it also highlighted his trusted Yamaha Ténéré 700 is capable of more, too – setting the stage for a one-up go at reaching 7,000 meters in the future.

Though for now Pol’s climb up the Cerro Mercedario mountain, among the highest in the Andes, still earned the Spanish REV’IT! Rider a well-deserved spot in The Guinness Book of World Records book as the rider to ride higher than anyone on a two-cylinder motorcycle.

As always with Pol, the adventure is to be continued.

Check out the short film Pol Tarrés, the Echevarría brothers, and his Trece Racing Society crew made of the climb. The challenges they’d had to overcome and the grueling climbs not just Pol faced, but his support team as well. An impressive feat to say the least, and one we’re proud to have supported at that.

As the nephew of a seven-time FIM Trial World Champion, Spanish REV’IT! Rider Pol Tarrés was destined for life on two wheels – or just one, when needed, of course. After following in the trial boots-made footsteps of his famed uncle Jordi, Pol soon expanded his horizon into extreme enduro riding and racing in rally raids. But above all Pol Tarrés has gone on to astound motorcycle fans around the world with videos showcasing his incredible bike control and his unquenchable thirst for adventure.